This FREE event, open to all IEEE members and non-members, is organized:

Parallelism of Signal Processing for IR 4.0: Beyond Limits

How to Publish in Reputable Signal Processing Conferences

Prospective presenters are invited to submit a ONE to TWO-page(A4) double-column abstract of their work. The selected presenters will receive a certificate of appreciation as Invited Speaker. ABSTRACT: Template.docx Template.pdf

REGISTRATION
Whether you are presenting or just attending the symposium, please register via the link https://forms.gle/5iZnQtjEtFy3iFsk8 by 24th November 2020.

For any enquiries, please email: sassp.ieeesps@gmail.com.

The selected presenters will receive a certificate of appreciation as an invited speaker. Free registration and admission for IEEE members and non-members! Link will be provided to Registered Participants! 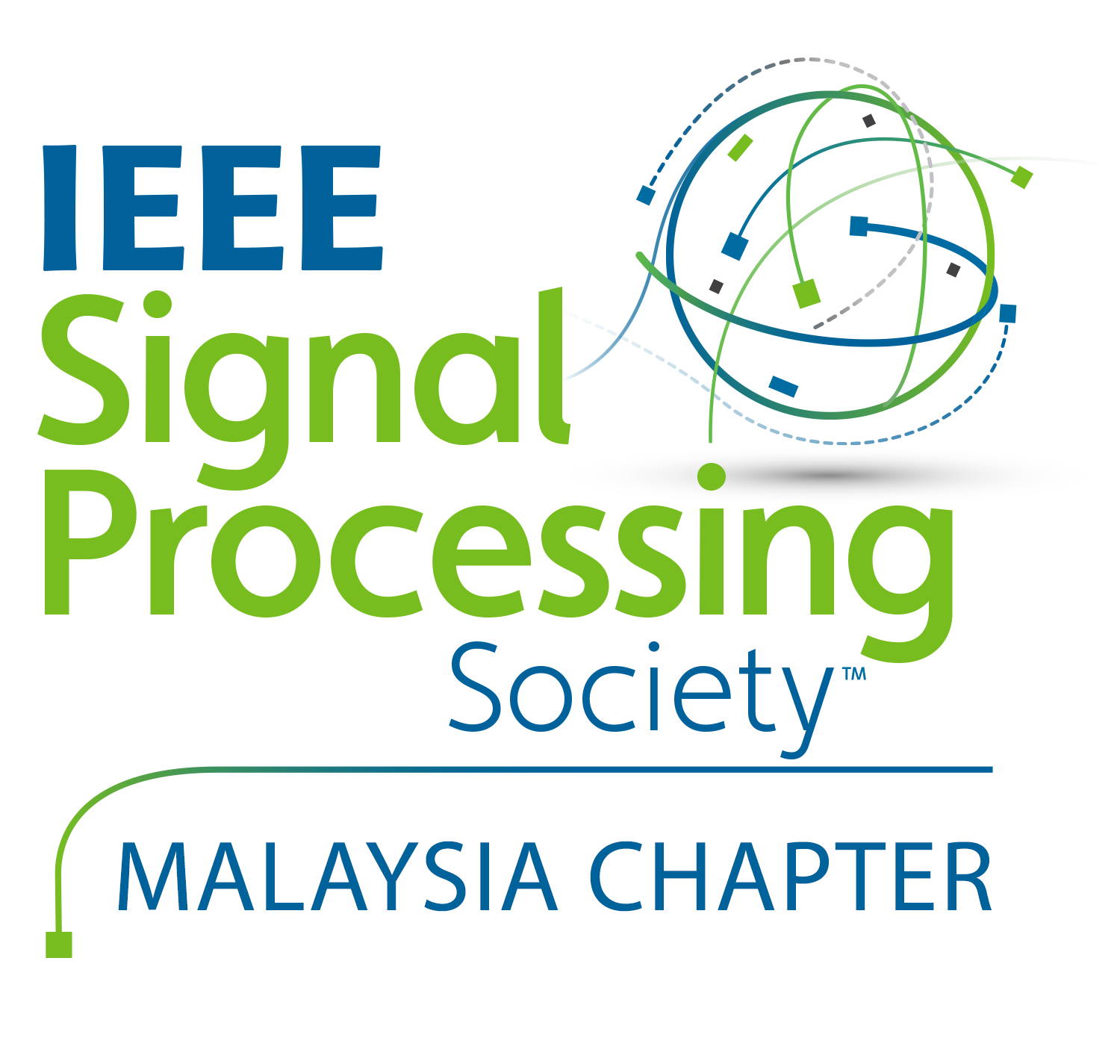 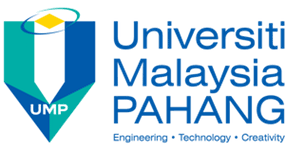 Karthik Nandakumar is a Research Staff Member at IBM Research, Singapore. Prior to joining IBM in 2014, he was a Scientist at Institute for Infocomm Research, A*STAR, Singapore for more than six years. He received his B.E. degree (2002) from Anna University, Chennai, India, M.S. degrees in Computer Science (2005) and Statistics (2007), and Ph.D. degree in Computer Science (2008) from Michigan State University, and M.Sc. degree in Management of Technology (2012) from National University of Singapore. His research interests include computer vision, biometric authentication, machine learning, and applied cryptography. He has co-authored two books titled Introduction to Biometrics (Springer, 2011) and Handbook of Multibiometrics (Springer, 2006). He has received a number of awards including the 2008 Fitch H. Beach Outstanding Graduate Research Award from the College of Engineering at Michigan State University, the Best Paper award from the Pattern Recognition journal (2005), the Best Scientific Paper Award (Biometrics Track) at ICPR 2008, and the 2010 IEEE Signal Processing Society Young Author Best Paper Award. He is a senior member of the IEEE.

While deep learning is a valuable tool for solving tough problems in many domains including text, speech, and vision, the success of deep learning models is typically determined by: (i) availability of sufficient training data, (ii) access to extensive computational resources, and (iii) expertise in selecting the right model and hyperparameters for the selected task. Often, the availability of data is the hard part due to compliance, legal, and privacy constraints. Cryptographic techniques such as fully homomorphic encryption (FHE) offer a potential solution by enabling processing on encrypted data. While prior work has been done on using FHE for inferencing, training a deep neural network in the encrypted domain is an extremely challenging task due to the computational complexity of the operations involved. In the first part of this talk, we present a feasibility analysis of training neural networks on encrypted data in a completely non-interactive way. Our proposed system uses the open-source FHE toolkit HElib to implement a Stochastic Gradient Descent (SGD)-based training of a neural network. We show that encrypted training can be made more computationally efficient by (i) simplifying the network with minimal degradation of accuracy, (ii) choosing appropriate data representation and resolution, and (iii) packing the data elements within the ciphertext in a smart way to minimize the number of operations and facilitate parallelization of FHE computations. In the second part of this talk, we consider the scenario where data generated by multiple organizations or individuals needs to be leveraged to develop better models. While federated learning is typically used in such scenarios, this approach selectively reveals intermediate computation results, thereby diluting the privacy guarantees. We will introduce our initial work on using secure multi-party computation protocols to address the problem of secure collaborative supervised learning.

Dr. Muataz H. Salih received the B.Sc. and M.Sc. degrees from the Dept of Computer Engineering from University of Technology, Iraq, in 1998 and 2002, respectively. In Sept 2013, he earned a PhD degree in Computer Engineering, with specialization in FPGA Embedded Multiprocessor SoC. From Sept. 1998 to March 2003, he was a research engineer in Military Industrialization Corporation of Iraq. From Oct. 2003 to June 2008, he was a lecturer and manager of engineering faculty’s LABS in the faculty of Engineering of Al-Kalamoon private university, Syria. From July 2008 to July April 2011, he was a Researcher at Underwater Robotic Research Group at USM. Nov. 2013 to Oct 2018, he is a Senior lecturer at UniMAP, Malaysia. Since Oct. 2018, he is FPGA Senior Staff Manager at Flex company. He is IR4.0 and Intelligent Automation lead of Flex Penang Cluster. He is SMIEEE, CEng, MIET and IACSIT Senior Member. His research interests and working area on designing digital systems using FPGA technology, FPGA-SoC design, system architect, embedded systems, computer system architecture, microprocessor architecture, active jamming system for laser missiles, IR4.0 transformation, Cybersecurity and Intelligent Automation.

Talk Title: Parallelism of Signal Processing for IR 4.0, Beyond Limits

Industrial manufacturing is undergoing its 4th revolution, so called Industry 4.0 (I4.0), with digitization and connectivity enabling the path beyond smart manufacturing towards intelligent factories defined by greater machine automation and greater agility; where data is transforming business. One significant challenge in designing a system is managing ordering dependencies between multiple real-time computations. Dependences can arise in many ways in multiple contexts. For example, a dependency can occur between two processes at coarse level when one process waits for a message or signal to arrive from another process, such as sending width adjustment control bytes to conveyors after the Wi-Fi connectivity handshaking signal. Dependency also arise in the fine-grain read-and-write operations (traditional Read-After-Write, Write-After-Write and Write- After-Read). Managing dependencies is key, as dependencies can not only limit parallel performance, but also affect correctness. For example, a data dependence that crosses cybersecurity layers boundary creates a need to synchronize or communicate between the layers. Analyzing where data dependencies exist, gives an understanding of the consequences for parallelism and correctness even there is no prior mapping of what aspect of the computation caused the sequence relation in the first place. Industrial architects have sought to overcome such problems using computing platforms such as industrial PCs, microprocessors and microcontrollers, or general-purpose graphic processors. While these platforms are accurate and very effective in certain tasks, they did not fulfil the requirements for deterministic low-latency compute with enough performance within the power consumption budget. Instead a platform was needed that had efficient concurrent and parallel architecture capable of hard real-time, high- performance compute; sufficiently low power, with I/O flexibility for the connectivity and the ability to integrate strong cyber-security to protect it.

John See is currently Senior Lecturer at Multimedia University, Malaysia, Chair of the Centre of Visual Computing (CVC), and head of Visual Processing Lab at the Faculty of Computing and Informatics. In 2018-2019, he is also Visiting Research Fellow at Shanghai Jiao Tong University, China as a recipient of the Belt and Road Initiative Young Scientist Fellowship Award. He received his B.Eng. degree in Electronics Engineering, Masters and Ph.D degrees from Multimedia University, Malaysia. His current research interests lies in the areas of multimedia signal processing, computer vision and machine learning, with special focus on emerging fields such as video surveillance, affective computing, and computational aesthetics, with about 90 articles published in international journals and conferences. He is also currently the Associate Editor of EURASIP Journal of Image and Video Processing and IEEE Access. He has co-chaired numerous workshops and challenges (Workshops at ICME 2019 & 2020, ACM Multimedia 2020, ACCV 2016 & 2018, all three Micro-Expression Grand Challenges at FG 2018-2020), regularly serves as TPC member of reputable international conferences (ICCV, AAAI, ACCV, ACM Multimedia, ICIP, ICME) and as reviewer of renowned journals (IEEE Transactions: T-IP, T-MM, T-AC, T-CSVT, T-CYB; Pattern Recognition, Pattern Recognition Letters, Neurocomputing, and IET Computer Vision). In 2019, he served as the Technical Program Chair for the 21st IEEE MMSP. He is a Senior Member of IEEE/SPS and is an elected member of the IEEE MSA and IEEE MMSP Technical Committee for 2020-2024 term.

Talk Title: How to Publish in Reputable Signal Processing Conferences

Knowledge sharing session on good practices and tips in writing papers and getting them accepted in well known international flagship conferences.