The school also provides daily registration for those who are interested in taking up certain topics on interest. Certificates will be provided for all participants. Also stand a chance to win prizes for the best hands-on implementations.

With the rise of the Industrial Revolution 4.0 (IR 4.0), the need for computer vision in many applications has become indispensable. In Malaysia, industries as well as research agencies and universities, have been actively involved in applying and carrying out research in this field. A key component in successful computer vision applications is the ability of the computer algorithms in making accurate decisions.

Traditionally, machine learning approaches have achieved good performance. Nevertheless, with the advent of deep learning in the past decade, researchers have increasingly focused on taking advantage of the benefits it provides. Thus, due to its higher performance as well as its adaptability, deep learning has become very popular in computer vision applications. In this Summer School, we are proposing topics that cover both the traditional machine learning (ML) and deep learning (DL) approaches, so that researchers will benefit from the strengths of both, whilst also gaining a historical understanding for the need and importance of the transition from ML to DL in modern computer vision. These important topics and their applications in computer vision will be delivered by prominent national and international speakers. Due to the Covid-19 situation, this Summer School will be conducted in a hybrid fashion, catering for both those who prefer face-to-face participation as well as those attending virtually. All lectures and hands-on practicals will be conducted via live online sessions, while poster sessions will be held in the conference room.

The 5-day hybrid program will cover all aspects of ML and DL, and their applications in computer vision. To gain better understanding as well as make the school more exciting and interactive, hands-on sessions will be conducted during the afternoon time slots. For ML, the school will start with an introduction before covering more advanced topics such object recognition and classification. Similarly, for DL, the school will initially cover the fundamental aspect of DL before proceeding with more advanced topics such as deep convolutional neural network, transfer and deep reinforcement learning, and deep learning architectures. Besides the regular lecture sessions, there will also be online live discussions or forums between the participants and speakers to discuss particular topics of interest in computer vision. There will also be poster sessions for participants to showcase their current work. At the end of the school, participants will be exposed to the fundamental and advanced knowledge of DL and big data, and their applications in computer vision. The expected outcome of this Summer School would be that participants would be able to create better solutions and explore greater perspectives in their domains of interest within this growing field of research.

Over the 5 days, we propose 6 lecture/tutorial sessions covering various topics of ML and DL applications in computer vision, 4 hands-on sessions and 4 other sessions of forums and discussions with relevant industries. Posters will be displayed during the daily lunch breaks, with participants taking turns to discuss their posters.

The list of topics to be covered during the School is as summarized below:

Prof. Guo received the Ph.D. degree from the Institute of Communication Engineering, National Taiwan University, Taipei, Taiwan, in 2004. He is currently a full Professor with the Department of Electrical Engineering, and Director of Advanced Intelligent Image and Vision Technology Research Center. He was Vice Dean of the College of Electrical Engineering and Computer Science, and Director of the Innovative Business Incubation Center, Office of Research and Development. His research interests include multimedia signal processing, biometrics, computer vision, and digital halftoning.
Dr. Guo is a Senior Member of the IEEE and Fellow of the IET. He has been promoted as a Distinguished Professor in 2012 for his significant research contributions. He has received many awards, including Best Paper Awards (IEEE ICCE-TW 2020, IS3C 2020, NSSSE 2020, ICSSE 2011 and 2020, ICS 2014, and CVGIP 2005, 2006, 2013, 2016, and 2019), Outstanding Electrical Engineering Professor Award from Chinese Institute of Electrical Engineering, Taiwan in 2016, Outstanding Research Contribution Award from Institute of System Engineering in 2017, Excellence Research Awards from his university for five times (2008, 2011, 2014, 2017, and 2020, this award is evaluated and issued every three years), Outstanding Industry-Academia Collaboration Awards from Ministry of Science and Technology, Taiwan, in 2013. Outstanding youth Electrical Engineer Award from Chinese Institute of Electrical Engineering in 2011, Outstanding young Investigator Award from Taiwan Institute of System Engineering in 2011.
Dr. Guo is Chapter Chair of IEEE Signal Processing Society, Taipei Section, Board of Governor member of Asia Pacific Signal and Information Processing Association, and President of IET Taipei Local Network. He will be/was General Chair of many international conferences, e.g., APSIPA 2023, IEEE Life Science Workshop 2020, ISPACS 2019, IEEE ICCE-Berlin 2019, IWAIT 2018, and IEEE ICCE-TW 2015. He will be/was Technical Program Chair of many international conferences as well, e.g., IEEE ICIP 2023, IWAIT 2022, IEEE ICCE-TW 2014, IEEE ISCE 2013, and ISPACS 2012. He is/was Associate Editor of the IEEE Transactions on Image Processing, IEEE Transactions on Circuits and Systems for Video Technologies, IEEE Transactions on Multimedia, IEEE Signal Processing Letters, Information Sciences, Signal Processing, and Journal of Information Science and Engineering.

Sergios Theodoridis is currently Professor Emeritus of Signal Processing and Machine Learning in the Department of Informatics and Telecommunications of the National and Kapodistrian University of Athens and he is Distinguished Professor Aalborg University, Denmark. He is the author of the book “Machine Learning: A Bayesian and Optimization Perspective” Academic Press, 2nd Ed, 2020, the co-author of the book “Pattern Recognition”, Academic Press, 4th ed. 2009, and the co-author of the book “Introduction to Pattern Recognition: A MATLAB Approach”, Academic Press, 2010.  He is the co-author of seven papers that have received Best Paper Awards including the 2014 IEEE Signal Processing Magazine Best Paper award and the 2009 IEEE Computational Intelligence Society Transactions on Neural Networks Outstanding Paper Award. He is the recipient of the 2017 EURASIP Athanasios Papoulis Award, the 2014 IEEE Signal Processing Society Education Award and the 2014 EURASIP Meritorious Service Award.   He has served as Vice President Institute of Electronics and Electrical Engineers (IEEE) Signal Processing Society, as President of the European Association for Signal Processing (EURASIP) and he currently serves as Vice-President “DIKTIO” – Network for Reform in Greece and Europe.

He is Fellow of IET, a Corresponding Fellow of the Royal Society of Edinburgh (RSE), a Fellow of EURASIP and a Life Fellow of IEEE.

Bihan Wen received the B.Eng. degree in electrical and electronic engineering from Nanyang Technological University, Singapore, in 2012, the M.S. and Ph.D. degrees in electrical and computer engineering from University of Illinois at Urbana-Champaign, USA, in 2015 and 2018, respectively. He is currently a Nanyang Assistant Professor with the School of Electrical and Electronic Engineering, Nanyang Technological University, Singapore. His research interests span areas of machine learning, computational imaging, computer vision, image and video processing, and big data applications.

Dr  Ibrahim is the certified Nvidia Deep Learning Institute (DLI). He is the senior lecturer at Universiti Teknologi Malaysia. He received MEng from University of York, UK in 2007 and PhD from Universiti Teknologi Malaysia in the area of machine learning in 2013. He has also been appointed as the member of Special Group Interest on Machine Learning for Academy of Sciences Malaysia. During July until August 2015 he was a visiting researcher at Department of System Design Engineering Keio University, Japan for his collaborative research work with Assoc. Prof. Yasue Mitsukura. He is also the visiting researcher at Faculty of Design Kyushu University, Japan for his collaborative research work with Assoc. Prof. Gerard Remijn in March 2017. He is now working actively in the area of brain computer interface (BCI) as deep learning focused application. He has conducted several deep learning training in Kuala Lumpur since 2017. He has been invited as speaker at HPC, Grid, Cloud & Identity (HGCI) Summit 2017 for his work on “Artificial Intelligence for Image and Signal Processing in Biomedical Applications” which exploring the advancement of deep learning for brain computer interface technology. He is now heading the project to establish Nvidia AI Centre at MJIIT, UTMKL with DGX Station as computing platform for AI/DL modelling and deployment. 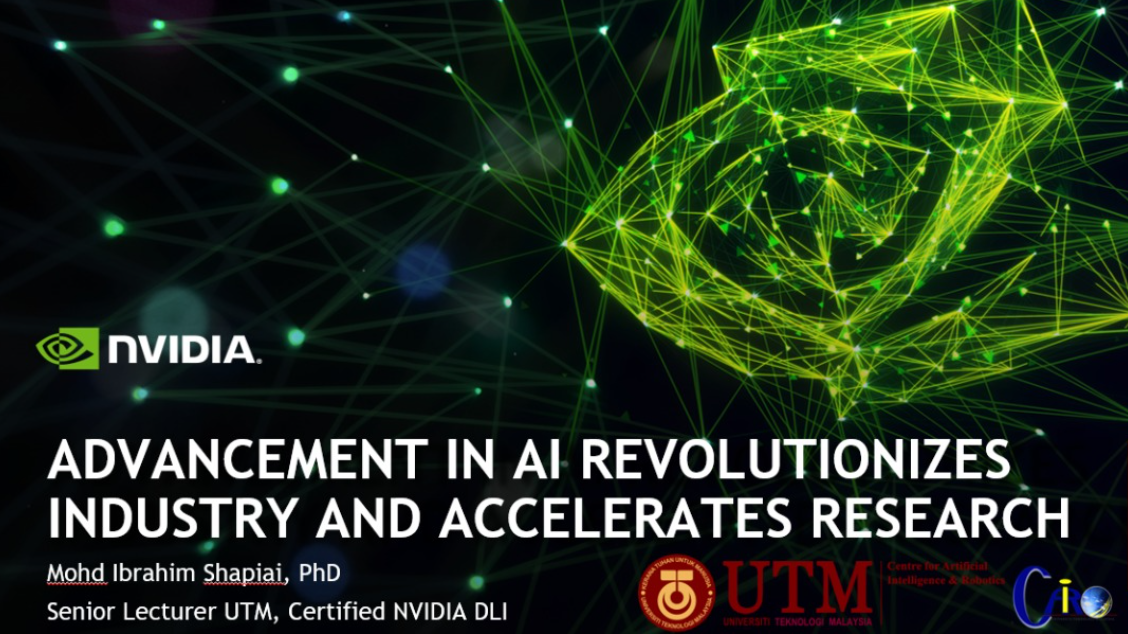 ERIC TATT WEI HO (Member, IEEE) received the M.S. and Ph.D. degrees in electrical engineering from Stanford University, Stanford, CA, USA, in 2007 and 2013, respectively. His MSc was in computer hardware and VLSI systems and during his PhD, he developed machine-vision guided, real-time automation systems to conduct automated inspection and robotic manipulation of live fruit flies for brain imaging experiments. He is currently a Senior Lecturer with the Department of Electrical and Electronics Engineering, Universiti Teknologi Petronas, Malaysia and has published a variety of works including microfluidic immune cell sorting, MRI brain network analysis and Generative Adversarial Deep Neural Networks. He was attached with Vitrox Bhd, Penang, in 2019, where he worked on applications for automated electronic board inspection using deep neural networks. His research interests include application of deep learning to neuroimaging and brain networks analysis. He has conducted deep neural network training for various industrial clients. He is a Founding Member of the Malaysia Node of the International Neuroinformatics Coordinating Facility (INCF) and formerly the Malaysian Representative on the INCF Council for Training, Science and Infrastructure. 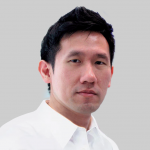 Mark is the founder of Mobius Group where he is responsible for the vision and strategic direction of the company. He is a thought leader in data science and is passionate about the data science ecosystem. He is a firm believer in talent development and sits on the advisory boards of various universities. He is also a member of advisory panels in various organisations. Before launching Mobius, Mark was the Director of Group Data at Astro. He was responsible for the integration, utilisation and monetisation of data across the Astro Group. He brought together the disciplines of data management, visualisation and advanced analytics to generate value for Astro. Prior to Astro, Mark helmed the graduate and internship programmes in SAS. He also worked in data science and IT for over 15 years with various overseas companies. 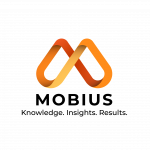