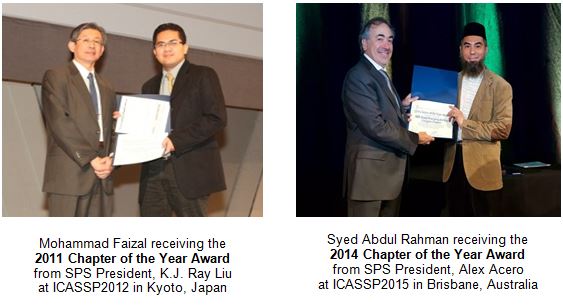 IEEE SPS Malaysia Chapter was established in August 2002 with membership of only 25 people. It has been trying to place itself as the society that generates interest by bringing the latest information and resources to the local members through its activity. This include the flagship events such as the ICSIPA conference series and the IPIARTI and SASSP workshops, as well as workshops, seminars, DLP talks, competitions, social activities and membership drives.