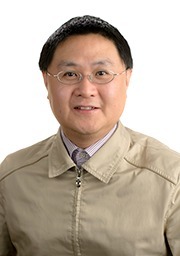 Professor Dong Xu, School of Electrical and Information Engineering, The University of Sydney,

Abstract: In some applications, the domain of interest (i.e., the target domain) contains very few or even no labeled samples, while an existing domain (i.e., the auxiliary domain) is often available with a large number of labeled examples. For example, millions of loosely labeled Flickr photos or YouTube videos can be readily obtained by using keywords-based search. On the other hand, while users may be interested in retrieving and organizing their own multimedia collections of images and videos at the semantic level, they may be reluctant to put forth the effort to annotate their photos and videos by themselves. This problem becomes furthermore challenging because the feature distributions of training samples from the web domain and consumer domain may differ tremendously in statistical properties. To explicitly cope with the feature distribution mismatch for the samples from different domains, in this talk I will introduce our visual domain adaptation approaches under different settings and also describe their interesting applications in image and video recognition.

Prof. Xu is an active researcher in the areas of image and video processing, computer vision and multimedia. He was selected as the Clarivate Analytics Highly Cited Researcher in the field of Engineering in 2018 and awarded the IEEE Computational Intelligence Society Outstanding Early Career Award in 2017. He was also selected to serve as an IEEE Signal Processing Society Distinguished Lecturer (2021-2022). Prof. Xu has published more than 150 papers in leading journals and conferences, among which two of his co-authored works (with his former PhD students) won the IEEE T-MM Prize Paper Award in 2014 and the CVPR Best Student Paper Award in 2010. According to Google Scholar, his publications have received over 19,000 citations. 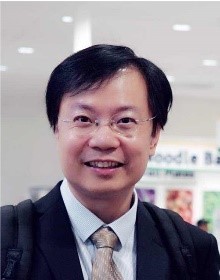 Abstract: Nowadays, libraries worldwide are initiating large-scale digitization projects to preserve unique materials in their collections, and thus the analysis and recognition of these documents is a demanding challenge. Although the deep learning architectures have shown significant improvements in document segmentation, the convolutional neural network usually suffers from resource constraints. In this talk, a lightweight symmetric encoder-decoder architecture is presented for pixel-level document classification, namely LightDoc. For a better fine-grained outcome, the edge detection network is utilized to enhance the contours of the document features. In addition, a large-scale document segmentation dataset, namely LDSD 2020, is created to share for fine-grained document segmentation, containing more than 5000 images with pixel-level labels.

Biography: Prof. Guo is currently full Professor with the Department of Electrical Engineering, and Director of Advanced Intelligent Image and Vision Technology Research Center. His research interests include multimedia signal processing, biometrics, computer vision, and digital halftoning. Prof. Guo is a Senior Member of the IEEE and Fellow of the IET. He received the Outstanding Research Award from National Taiwan University of Science and Technology in 2008, 2011, 2014, 2017, and 2020; the Best Paper Award from IEEE ICCE-TW 2020, IS3C 2020, NSSSE 2020, ICSSE 2011 and 2020, ICS 2014, and CVGIP 2005, 2006, 2013, 2016, and 2019; the Outstanding Electrical Engineering Professor Award from Chinese Institute of Electrical Engineering, Taiwan in 2016, Outstanding Research Contribution Award from Institute of System Engineering in 2017, Outstanding Industry-Academia Collaboration Awards from Ministry of Science and Technology, Taiwan, in 2013. Outstanding youth Electrical Engineer Award from Chinese Institute of Electrical Engineering in 2011, Outstanding young Investigator Award from Taiwan Institute of System Engineering in 2011.
Dr. Guo is Chapter Chair of IEEE Signal Processing Taipei Section, and Member of Board of Governors of APSIPA. He was General Chair of many international conferences, e.g., APSIPAS 2023, ISPACS 2019, ICCE-Berlin 2019, IWAIT 2018, and ICCE-TW 2015. He will be/was Technical Program Chair of many international conferences as well, e.g., ICIP 2023, IWAIT 2022, ICCE-TW 2014, ISCE 2013, and ISPACS 2012. He is/was Associate Editor of the IEEE Transactions on Image Processing, IEEE Transactions on Circuits and Systems for Video Technologies, IEEE Transactions on Multimedia, IEEE Signal Processing Letters, the Information Sciences, the Signal Processing, and Journal of Information Science and Engineering.