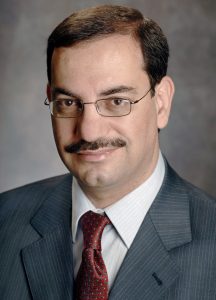 Network science deals with issues related to the aggregation, processing, and diffusion of information over graphs. While interactions among agents can be studied from the perspective of cluster formations, degrees of connectivity, and small-world effects, it is the possibility of having agents interact dynamically with each other, and influence each other’s behavior, that opens up a plethora of notable possibilities and challenges. For example, the examination of how local interactions influence global behavior can lead to a broader understanding of how localized interactions in the social sciences, life sciences, and system sciences influence the evolution of the respective multi-agent networks. In this presentation, we examine the learning behavior of adaptive networked agents over both strongly and weakly-connected graphs. The discussion will reveal some interesting patterns of behavior on how information flows over graphs. In the strongly-connected case, all agents are able to learn the desired true state within the same accuracy level, thus attaining a level of “social equilibrium,” even when the agents are subjected to different noise conditions. In contrast, in the weakly-connected case, a leader-follower relationship develops with some agents dictating the behavior of other agents regardless of the local information clues that are sensed by these other agents. The findings clarify how asymmetries in the exchange of data over graphs can make some agents dependent on other agents. This scenario arises, for example, from intruder attacks by malicious agents, from the presence of stubborn agents, or from failures by critical links. The results have useful implications for the design and operation of multi-agent systems, robotic swarms, and graph tomography. 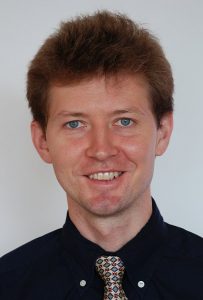 Stefan Winkler is Deputy Director at AI Singapore and Associate Professor (Practice) at the National University of Singapore. Prior to that he was Distinguished Scientist and Director of the Video & Analytics Program at the University of Illinois’ Advanced Digital Sciences Center (ADSC) in Singapore. He also co-founded two start-ups and worked for a Silicon Valley company.
Dr. Winkler has a Ph.D. degree from the Ecole Polytechnique Fédérale de Lausanne (EPFL), Switzerland, and a Dipl.-Ing. (M.Eng./B.Eng.) degree from the University of Technology Vienna, Austria. He is an IEEE Fellow and has published over 130 papers and the book “Digital Video Quality.” He was Associate Editor of the IEEE Transactions on Image Processing (2009-2018) and the IEEE Signal Processing Magazine (Standards Column) (2012-2015). He is a member of the IVMSP Technical Committee of the IEEE Signal Processing Society, Executive Committee Member of the IEEE Singapore Section and the IEEE Singapore Signal Processing Chapter. He has served on the technical program committees of numerous conferences and workshops, including area chair of ICIP and ICME, as well as the QoMEX Steering Committee (2014-2017). He has also contributed to video quality standards in VQEG, ITU, ATIS, VSF, and SCTE. His research interests include video processing, computer vision, machine learning, perception, and human-computer interaction.

While most “AI” researchers focus mainly on the “IQ” aspect of intelligence, emotional intelligence or “EQ” is just as important for machines to be able to interact with humans effectively and naturally. In this talk, I will discuss our work on two projects where we explore the emotional aspects of visual analytics.

The first is photowork: Ubiquitous and affordable digital cameras have led to an explosion of the amount of image material both amateurs and professionals have to work with. Assessing, selecting, editing, organizing, annotating, and browsing this large amount of visual data is tedious and time-consuming. Our aim in this project is to automate some of these processes. Our approaches are content-based and focus on family photo collections, where people and their relationships play a major role. Our experiments highlight the importance of considering emotions for this purpose.

The second is on profiling people, with a focus on their affective states. Facial expressions in particular are an essential component for conveying and understanding human emotions. Contrary to most existing approaches in computer vision, we avoid the classification of emotions into a few predefined categories, and instead follow a dimensional paradigm as represented by the circumplex model. Based on the tracking of facial landmark points and relevant geometrical features, we directly estimate arousal, valence, and intensity of emotion. We discuss the benefits of our method, and also present some of its applications. 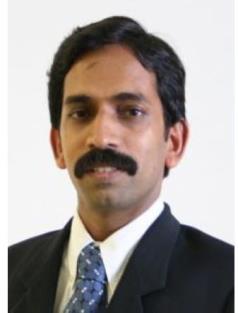 Mohamed Rawidean Mohd Kassim has worked for more than 30 years in MIMOS (Malaysian Institute of Microelectronic Systems), the Ministry of Science, Technology and Innovation Malaysia. MIMOS is the government applied and industrial R&D arm in IT and microelectronics.

He joined MIMOS as a Research Fellow and now is the R&D Manager in the Technology Deployment department. His research interest area are Wireless Sensor Network (WSN), Internet of Things (IoT), Real-Time Systems and Multimedia. He has participated in more than 30 national and international R&D projects as a team member, or leader on technical and management positions. Mohamed Rawidean is an IEEE Senior Member. He was the IEEE Computer Society Malaysia Chapter Chair from 2002 to 2013.

He has eight patents registered under his name, mostly in wireless sensors, networks and sensor applications. He received his B.Sc. (Hons) degree in the Computer Sciences (1987) from National University of Malaysia, and his M.Sc. in Interacting Systems Design (1993) .

In the past few years, the digital revolution has dramatically increased the function and reduced the cost of consumer devices. This has led to an explosion of new smart devices in the home and office, from digital LED TVs and game systems to environmental controls, smart appliances, and
safety and monitoring devices, along with lifestyle, wellness and medical devices. Today, you can easily control your home’s mechanical systems and appliances over your cellular phone or Internet, and the lighting in your home can be set to save your money when you leave the room.
The Internet of Things provides even more incredible access to information and services.

A 7-Level Model of Smart Home Systems is proposed in this talk. The benefits and advantages of a smart home for various categories of users will be discussed, particularly for XY Generation in
this model. A detailed description of each level with examples is given, based on the speaker’s 20 years of knowledge and experience in the design, development and installation of smart-home systems. This model can be further customized and developed for the implementation of an intelligent township or smart city.